Total assets increased by $236 million, or 13%, during 2016, ending the year at $2.033 billion.  Asset growth came primarily from increases of $130 million, or 11%, in gross loan balances, $23 million, or 4%, in investment securities, and $72 million, or 148%, in cash and balances due from banks (including interest-earning balances held at the Federal Reserve Bank).  Total nonperforming assets were reduced by over $4 million, or 33%, during the year.  Deposits were up $231 million, or 16%, including a $200 million increase in core non-maturity deposits.  As detailed below, our mid-year acquisition of Coast had a significant impact on balance sheet growth in 2016.

“We are what we repeatedly do.  Excellence is therefore not an act but a habit.” – Aristotle

“In the fourth quarter of 2016 we exceeded the $2 billion benchmark for total assets, and realized strong organic growth in both loans and deposits due in large part to the efforts of our bankers throughout all of our communities,” commented Kevin McPhaill, President and CEO.  “Our success has been engendered by focusing on business development, providing a high level of traditional community bank service, and executing as promised.  It is great to see the results of our repeated hard work in the form of quality growth, both in the existing portfolio as well as through acquisition,” he observed further.  “While we are proud of our accomplishments this past year, we will do our best to create additional opportunities and continue our ‘habit of excellence’ in 2017,” concluded McPhaill.

Total non-interest income increased by $586,000, or 12%, for the quarterly comparison and $1.523 million, or 9%, for the comparative annual periods.  As noted above, results for 2016 reflect a higher level of non-recurring income, including a $276,000 special dividend from the Federal Home Loan Bank of San Francisco (FHLB) and net proceeds from life insurance payments on former employees totaling $489,000, all recognized in the fourth quarter.  As previously reported, we also received a special dividend of $245,000 from the FHLB in the second quarter of 2015.  A drop in gains from the sale of investments partially offset the increases in other non-recurring income.  Investment gains were only $12,000 in the fourth quarter of 2016 relative to $235,000 in the fourth quarter of 2015, and $223,000 for the year in 2016 versus $666,000 in 2015.  The increase in non-interest income also includes core items, such as fees earned from increased activity on commercial accounts and higher debit card interchange income for both the quarter and the year, and higher overdraft income for the year.  Bank-owned life insurance (BOLI) income was down $158,000 for the quarter but was $87,000 higher for the annual comparison, due primarily to fluctuations in income on BOLI associated with deferred compensation plans.  BOLI income was also impacted by a higher cost of insurance for certain BOLI policies in recent periods, as well as a drop in net cash surrender values resulting from policy payouts.

Total non-interest expense reflects increases of $2.531 million, or 21%, for the fourth quarter and $7.350 million, or 14%, for the year, due in part to non-recurring acquisition costs which totaled $374,000 in the fourth quarter and $2.411 million for the year in 2016.  The largest component of non-interest expense, salaries and benefits, increased by $1.150 million, or 19%, for the fourth quarter of 2016 over the fourth quarter of 2015, and $2.581 million, or 10%, for the year in 2016 compared to 2015.  Salaries and benefits expense in 2016 includes expenses for former Coast employees retained subsequent to the acquisition in July, as well as staffing costs for our new Sanger branch that opened in May.  Both the quarterly and annual increases also include salary adjustments in the normal course of business, an increased incentive plan payout rate, higher staffing levels as vacant positions were filled, and temporary salaries and overtime costs incurred in conjunction with the Coast acquisition and subsequent system conversion.  Furthermore, the increase in salaries and benefits for the year includes higher deferred compensation expense, which was up by $104,000 in 2016 over 2015 in conjunction with the aforementioned increase in BOLI income.  Those increases were partially offset by a higher level of deferred salaries directly related to successful loan originations, which reduces current period expense.

Occupancy expense increased by $348,000, or 20%, in the fourth quarter and $867,000, or 13%, for the year, due to occupancy costs associated with the former Coast National Bank branches and our new Sanger branch, and higher rent and depreciation expense in other locations.  Other non-interest expense was up by $1.033 million, or 23%, in the fourth quarter and $3.902 million, or 21%, for the year.  This category includes the non-recurring acquisition costs noted above, as well as ongoing acquisition-related increases in various core operating expense categories including data processing, deposit operations, postage, and travel expense.  It also reflects expense increases in the following areas:  foreclosed asset costs; debit card processing costs; amortization expense on our core deposit intangible, which was up $73,000 for the quarter and $138,000 for the year; stationery and supply costs, which were up $85,000 for the quarter and $129,000 for the year, including one-time stocking expenses for new and acquired branches; legal costs; and directors’ stock option expense, which totaled $101,000 for the year in 2016 due to stock options granted in the first quarter.  Directors’ deferred compensation expense dropped by $102,000 for the fourth quarter but increased by $116,000 for the year in conjunction with the changes in BOLI income.  Other significant favorable variances within other non-interest expense include a reduction in telecommunications costs, including some non-recurring credits from prior period over-billings; lower network costs; and a non-recurring expense reversal of $173,000 in director retirement plan accruals in the first quarter of 2016, subsequent to the death of a former director and the payment of split-dollar life insurance proceeds to his beneficiary.

Gross loans were up by $130 million, or 11%, due to the addition of $93 million in loans via the Coast acquisition and organic growth in commercial real estate and construction loans, net of a $17 million reduction in outstanding balances on mortgage warehouse lines.  Loan growth in 2016 was facilitated by a $21 million net increase in loan participations purchased by Bank of the Sierra from other community banks located in higher growth areas of California.  Because of an additional $13 million in participation loans included in Coast’s loan portfolio, our balance of loan participations purchased now totals $41 million.  Despite a higher level of organic lending activity in recent periods and growth in our pipeline of loans in process of approval, no assurance can be provided with regard to future loan growth as payoffs remain at relatively high levels and mortgage warehouse loan volumes are difficult to predict.

Total nonperforming assets, namely non-accrual loans and foreclosed assets, were reduced by $4 million, or 33%, during 2016, including the return to accrual status of our single largest remaining nonperforming loan.  The Company’s ratio of nonperforming assets to loans plus foreclosed assets was 0.68% at December 31, 2016, compared to 1.13% at December 31, 2015.  All of the Company’s impaired assets are periodically reviewed, and are either well-reserved based on current loss expectations or are carried at the fair value of the underlying collateral, net of expected disposition costs.  In addition to nonperforming assets, the Company had $14 million in loans classified as restructured troubled debt (TDRs) that were included with performing loans as of December 31, 2016, up by $2 million compared to year-end 2015 due in part to the aforementioned upgrade of a non-performing restructured loan to performing status.

The Company’s allowance for loan and lease losses was $9.7 million at December 31, 2016, down from $10.4 million at December 31, 2015 due to the charge-off of certain impaired loan balances against previously-established reserves.  Net loans charged off against the allowance totaled $722,000 in 2016 compared to $825,000 in 2015.  Because of the drop in the level of the allowance and the increase in loans during the year, the allowance fell to 0.77% of total loans at December 31, 2016 from 0.92% December 31, 2015.  It should be noted that all of the loans acquired from Coast were booked at their fair values, and thus did not initially require a loan loss allowance.  Furthermore, loss reserves allocated to mortgage warehouse loans are relatively low because we have not experienced any losses in that portfolio segment.  Management’s detailed analysis indicates that the Company’s allowance for loan and lease losses should be sufficient to cover credit losses inherent in loan and lease balances outstanding as of December 31, 2016, but no assurance can be given that the Company will not experience substantial future losses relative to the size of the allowance.

Deposit balances reflect net growth of $230 million, or 16%, during 2016, including balances from the Coast acquisition in July that totaled $129 million at the acquisition date, and deposits from our branch purchase in May which totaled $10 million at the acquisition date.  We also increased our time deposits from the State of California by $20 million in the third quarter of 2016.  Most of the pure organic growth in deposits that occurred in 2016 took place late in the fourth quarter.  Junior subordinated debentures increased by over $3 million due to $7 million in trust-preferred securities from Coast that were booked at their fair value, but other borrowings were reduced by $14 million, or 16%, during 2016.

Total capital of $206 million at December 31, 2016 reflects an increase of $16 million, or 8%, for the year due to the impact of 599,226 shares issued as part of the acquisition consideration and a rising level of retained earnings, net of a drop in accumulated other comprehensive income and the cost of common stock repurchased by the Company.  The Company repurchased a total 29,312 shares during the fourth quarter of 2016 at an average cost of $18.25 per share, bringing total repurchases for the year to 125,365 shares at an average cost of $18.01 per share.  The Company’s share repurchase plan is currently on hold, given the recent rise in stock prices and our record level of market capitalization.

Sierra Bancorp is the holding company for Bank of the Sierra (www.bankofthesierra.com), which is in its 40th year of operations and is the largest independent bank headquartered in the South San Joaquin Valley.  Bank of the Sierra is a community-centric regional bank, which offers a full range of retail and commercial banking services via 33 full-service branches located throughout California’s South San Joaquin Valley and neighboring communities, on the Central Coast, and in Southern California locations including Ventura County and Santa Clarita.  We also maintain a loan production office and an online branch, and provide specialized lending services through an agricultural credit center, a real estate industries center, and an SBA center. 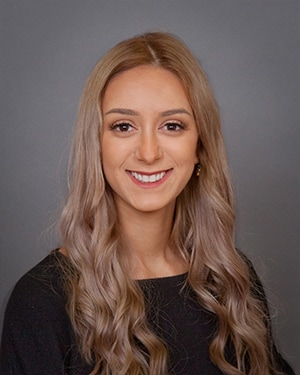