Porterville, CA – July 22, 2019 – Sierra Bancorp (Nasdaq: BSRR), parent of Bank of the Sierra, today announced its unaudited financial results for the three- and six-month periods ended June 30, 2019. Sierra Bancorp reported consolidated net income of $8.829 million for the second quarter of 2019, representing an increase of $837,000, or 10%, relative to the second quarter of 2018. The favorable variance in net income came largely from the positive impact of a higher average balance of interest-earning assets, but also includes an increase in noninterest income. The Company’s return on average assets was 1.39% in the second quarter of 2019, return on average equity was 12.27%, and diluted earnings per share were $0.57.

For the first six months of 2019 the Company recognized net income of $17.724 million, which reflects an increase of 21% relative to the same period in 2018. The Company’s financial performance metrics for the first half of 2019 include an annualized return on average equity of 12.62%, a return on average assets of 1.41%, and diluted earnings per share of $1.15.

“I have been up against tough competition all my life. I wouldn’t know how to get along without it.”
– Walt Disney

“We are proud of our results for the second quarter of 2019, which reflect robust net income and a respectable efficiency ratio,” stated Kevin McPhaill, President and CEO. “Deposit growth was also solid, but loan growth was challenging during this past quarter as we saw increasing competition on rates and loan structure. Our bankers are up to the challenge and they remain focused on loan growth and consistent credit quality,” he noted further. “We are optimistic about the remainder of the year and look forward to continued growth while keeping an eye on efficiency,” McPhaill concluded.

As noted above, net income increased by $837,000, or 10%, for the second quarter of 2019 relative to the second quarter of 2018, and by $3.022 million, or 21%, for the first six months of 2019 as compared to the same period in 2018. Significant variances in the components of pre-tax income and in our provision for income taxes, including some items of a nonrecurring nature, are noted below.

The Company recorded a loan loss provision of $400,000 in the second quarter of 2019 relative to a provision of $300,000 in the second quarter of 2018, and the year-to-date loan loss provision totaled $700,000 in 2019 as compared to $500,000 in 2018. The 2019 provision was deemed necessary subsequent to our determination of the appropriate level for our allowance for loan and lease losses, taking into consideration overall credit quality, growth in outstanding loan balances, and reserves required for specifically identified impaired loan balances.

Total noninterest income reflects increases of $426,000, or 8%, for the quarterly comparison and $1.199 million, or 11% for the year-to-date period. The quarterly comparison includes a $232,000 nonrecurring gain resulting from the write up of certain restricted stock pursuant to a periodic assessment of its market value, and a $100,000 nonrecurring gain from the wrap-up of a low-income housing tax credit fund investment. It also reflects higher service charges on deposits and an increase in debit card interchange income. Those increases were partially offset by a $294,000 unfavorable swing in bank-owned life insurance (BOLI) income, resulting from fluctuations in income on BOLI associated with deferred compensation plans. The main difference between the quarterly and year-to-date variances in noninterest income came in BOLI income, which reflects an increase of $408,000 for the year-to-date period rather than a decline, again due to significant fluctuations in deferred compensation BOLI income.

Total noninterest expense increased by $362,000, or 2%, in the second quarter of 2019 relative to the second quarter of 2018, and by $328,000, or 1%, in the first six months of 2019 as compared to the first six months of 2018. Compensation costs and occupancy expenses were roughly the same for the respective comparative periods, but other noninterest expense increased by $366,000, or 6%, for the quarterly comparison and $259,000, or 2%, for the first half. The variances in other noninterest expense include increases in net OREO expense totaling $615,000 for the quarter and $407,000 for the first six months, largely driven by nonrecurring OREO gains that helped offset expenses in 2018, and the offsetting impact of lower nonrecurring acquisition costs in 2019. Acquisition costs were minimal in 2019, but totaled $151,000 in the second quarter of 2018 and $437,000 in the first half of 2018. The variances were also affected by fluctuations in deferred compensation expense for directors, which is linked to the changes in BOLI income. The absolute decline in directors’ deferred compensation costs totaled $198,000 for the quarterly comparison, but the year-to-date comparison reflects an increase of $156,000. The Company’s provision for income taxes was 26.4% of pre-tax income in the second quarter of 2019 relative to 24.9% in the second quarter of 2018, and 25.3% of pre-tax income for the first half of 2019 relative to 24.4% for the same period in 2018.

Balance sheet changes during the first half of 2019 include an increase in total assets of $55 million, or 2%, due to growth in mortgage warehouse loans and investment securities, partially offset by real estate loan runoff and a lower level of cash and due from banks. Gross loans were up by $46 million, or 3%, including increases of $63 million in mortgage warehouse loans and $3 million in combined agricultural loans. Mortgage warehouse loan balances increased due to market factors favorably impacting mortgage origination and refinancing activity, heightened business development efforts, and pricing adjustments. Non-agricultural real estate loans, on the other hand, declined by $17 million, since a sizeable drop in residential real estate loans was only partially offset by growth in commercial real estate loans. Commercial and industrial loans also fell by $3 million, and consumer loans declined slightly. No assurance can be provided with regard to future loan growth as loan payoffs have occurred at relatively high levels in recent periods, mortgage warehouse loan volumes are difficult to predict, the number of lending opportunities which meet our credit criteria continues to decline, and competition has increased. Other assets did not change materially, since the increase resulting from operating lease assets booked at the beginning of 2019, pursuant to our adoption of FASB’s ASU 2016-02, was largely offset by our first quarter 2019 collection of a receivable established at the end of 2018 for expected proceeds from the sale of a large foreclosed property.

Total nonperforming assets, comprised of non-accrual loans and foreclosed assets, fell by $1.348 million, or 22%, during the first half of 2019 due to the impact of net loan charge-offs, as well as our continued efforts to sell OREO and resolve nonperforming loan balances. The Company’s ratio of nonperforming assets to loans plus foreclosed assets dropped to 0.27% at June 30, 2019 from 0.36% at December 31, 2018. All of the Company’s impaired assets are periodically reviewed, and are either well-reserved based on current loss expectations or are carried at the fair value of the underlying collateral, net of expected disposition costs.

The Company’s allowance for loan and lease losses was $9.883 million at June 30, 2019, as compared to a balance of $9.750 million at December 31, 2018. The slight increase resulted from the addition of a $700,000 loan loss provision in the first half of 2019, less $567,000 in net loan balances charged off during the period. Because the increase in the allowance was proportionate to growth in our loan portfolio, the allowance was 0.56% of total loans at both June 30, 2019 and December 31, 2018. It should be noted that our need for reserves in recent periods has been favorably impacted by acquired loans, which were booked at their fair values on the acquisition dates and thus did not initially require a loan loss allowance. Furthermore, loss reserves allocated to mortgage warehouse loans are relatively low because we have not experienced any losses in that portfolio segment. Management’s detailed analysis indicates that the Company’s allowance for loan and lease losses should be sufficient to cover credit losses inherent in loan and lease balances outstanding as of June 30, 2019, but no assurance can be given that the Company will not experience substantial future losses relative to the size of the allowance.

Total capital of $297 million at June 30, 2019 reflects an increase of $24 million, or 9%, relative to year-end 2018 due to capital from the addition of net income, an $11 million favorable swing in accumulated other comprehensive income/loss, and stock options exercised, net of $5.5 million in dividends paid. There were no share repurchases executed by the Company during the first six months of 2019.

Sierra Bancorp is the holding company for Bank of the Sierra (www.bankofthesierra.com), which is in its 42nd year of operations and is the largest independent bank headquartered in the South San Joaquin Valley. Bank of the Sierra is a community-centric regional bank, which offers a broad range of retail and commercial banking services through full-service branches located within the counties of Tulare, Kern, Kings, Fresno, Los Angeles, Ventura, San Luis Obispo and Santa Barbara. The Bank also maintains an online branch, and provides specialized lending services through an agricultural credit center and an SBA center. In 2018, Bank of the Sierra was recognized as one of the strongest and top-performing community banks in the country, with a 5-star rating from Bauer Financial and a Sm-All Star award from Sandler O’Neill. 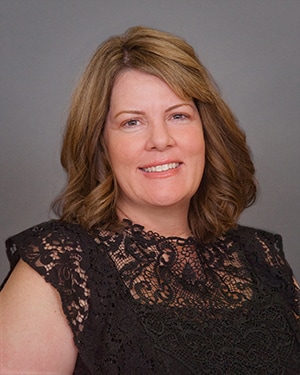