For the first nine months of 2018 the Company recognized net income of $21.773 million, which is 41% higher than net income for the same period in 2017. The Company’s financial performance metrics for the first nine months of 2018 include an annualized return on average equity of 11.23%, a return on average assets of 1.22%, and diluted earnings per share of $1.41.

Assets and loans continued on their strong growth trajectory during the third quarter of 2018. Assets totaled $2.463 billion at September 30, 2018, representing an increase of $123 million, or 5%, for the first nine months of 2018. The increase in assets resulted from organic growth in real estate loans and agricultural production loans, partially offset by a drop in balances outstanding on mortgage warehouse lines, lower investment balances, and a reduction in cash and due from banks. Gross loans grew to $1.695 billion at September 30, 2018, representing increases of $70 million, or 4%, for the third quarter and $137 million, or 9%, for the first nine months of 2018. Total nonperforming assets increased by $4 million, or 39%, during the first nine months due to a $10 million purchased loan participation placed on non-accrual status in the third quarter, net of year-to-date loan charge-offs of $2.5 million and a reduction of over $3 million in foreclosed assets. Deposits totaled $2.106 billion at September 30, 2018, representing a year-to-date increase of $118 million, or 6%, including deposits from our Lompoc branch purchase which totaled $35 million on the reporting date and $40 million in wholesale brokered deposits added in the third quarter.

“We are thrilled to once again achieve record levels of assets, loans, and deposits. It has truly been an exciting year thus far!” exclaimed Kevin McPhaill, President and CEO. “Our banking team is happy with our year-to-date results, and there are even greater possibilities ahead in the final quarter of 2018. We are all working diligently to continue Bank of the Sierra’s success,” he concluded.

As noted above, net income increased by $1.329 million, or 23%, for the third quarter of 2018 relative to the third quarter of 2017, and by $6.277 million, or 41%, for the first nine months of 2018 as compared to the same period in 2017. Significant variances in the components of pre-tax income and in our provision for income taxes, including some items of a nonrecurring nature, are noted below.

The Company recorded a loan loss provision of $2.450 million in the third quarter of 2018 relative to no provision in the third quarter of 2017, bringing year-to-date loan loss provisions to $2.950 million in 2018 and $300,000 for 2017. The 2018 provision was deemed necessary subsequent to our determination of the appropriate level for our allowance for loan and lease losses, taking into consideration overall credit quality, growth in outstanding loan balances, the aforementioned loan participation that was placed on non-accrual status, and reserves required for other specifically identified impaired loan balances.

Total non-interest income reflects declines of $187,000, or 3%, for the quarterly comparison and $123,000, or 1%, for the comparative year-to-date results, as increases in service charges and other non-interest income were more than offset by lower investment gains. The drop in investment gains in 2018 is from the impact of $918,000 in nonrecurring gains realized in the third quarter of 2017 from the sale of an equity investment. Service charges on deposits were up 10% for the third quarter of 2018 and 11% for the first nine months of 2018 relative to 2017, due largely to fees earned on deposit accounts added over the past year and fee increases for certain higher-risk commercial accounts. The year-to-date comparison also includes the impact of the reclassification of certain income from other non-interest income to service charges. BOLI income increased for the third quarter of 2018 but declined for the first nine months of 2018 relative to 2017, due to fluctuations in income on BOLI associated with deferred compensation plans. Other non-interest income was higher for both the quarter and year-to-date comparisons despite the income reclassification noted above. The primary impact was from higher debit card interchange income, partially offset by higher pass-through expenses that are associated with low-income housing tax credit funds and other limited partnerships and which are netted out of revenue.

Total occupancy expense increased by $317,000, or 13%, for the third quarter and $561,000, or 8%, for the first nine months, due to ongoing occupancy costs associated with a higher number of branches and a certain level of nonrecurring costs incurred to outfit de novo branches. Other non-interest expense was up by $709,000, or 13%, for the third quarter and $1.812 million, or 11%, for the year-to-date comparison. This line item includes the nonrecurring acquisition costs noted above, and it also reflects higher operating costs stemming from more branches, an increase in amortization expense on core deposit intangibles created pursuant to our acquisitions, higher debit card processing costs, and other increases in the normal course of business. For the year-to-date comparison, the expense increase was partially offset by a $713,000 gain on sale of OREO in the second quarter of 2018.

Balance sheet changes during the first nine months of 2018 include an increase in total assets of $123 million, or 5%, due to strong organic growth in real estate loans and agricultural production loans that was partially offset by lower investment balances and a reduction in cash and due from banks. Cash and due from banks was down $5 million, or 7%, while investment securities fell by $10 million, or 2%, since some of the cash flow from our investment portfolio was used to fund loan growth. Gross loans increased by $137 million, or 9%, due to strong organic growth in real estate loans in particular. We experienced a decline in mortgage warehouse loans of $44 million, or 32%, primarily because the utilization rate on mortgage warehouse lines dropped to 24% at September 30, 2018 from 34% at December 31, 2017. Consumer loans were also down by close to $2 million, or 15%. While we have experienced a higher level of real-estate secured and agricultural lending activity in recent periods and our pipeline of loans in process of approval remains relatively robust, no assurance can be provided with regard to future loan growth as payoffs remain at relatively high levels and mortgage warehouse loan volumes are difficult to predict.

Total nonperforming assets, comprised of non-accrual loans and foreclosed assets, increased by $4 million, or 39%, during the first nine months of 2018 due to the addition of the previously noted $10 million nonperforming loan participation, net of the sale of over $3 million in OREO and reductions resulting from net charge-offs, loan payoffs and upgrades. The Company’s ratio of nonperforming assets to loans plus foreclosed assets increased to 0.78% at September 30, 2018 from 0.60% at December 31, 2017. All of the Company’s impaired assets are periodically reviewed, and are either well-reserved based on current loss expectations or are carried at the fair value of the underlying collateral, net of expected disposition costs.

The Company’s allowance for loan and lease losses was $9.5 million at September 30, 2018, a slight increase when compared to the balance at December 31, 2017. The increase came from the addition of a $2.950 million loan loss provision, less net loan losses of $2.530 million charged off against the allowance. Because of growth in our loan portfolio, the allowance fell to 0.56% of total loans at September 30, 2018 from 0.58% at December 31, 2017. It should be noted that our need for reserves has been favorably impacted by acquired loans, which were booked at their fair values on the acquisition dates and thus did not initially require a loan loss allowance. Furthermore, loss reserves allocated to mortgage warehouse loans are relatively low because we have not experienced any losses in that portfolio segment. Management’s detailed analysis indicates that the Company’s allowance for loan and lease losses should be sufficient to cover credit losses inherent in loan and lease balances outstanding as of September 30, 2018, but no assurance can be given that the Company will not experience substantial future losses relative to the size of the allowance.

Deposit balances reflect growth of $118 million, or 6%, during the first nine months of 2018, inclusive of acquired Lompoc branch deposits and the addition of $40 million in wholesale brokered deposits. Lompoc branch deposits consisted of $32 million in non-maturity deposits and $6 million in time deposits at May 18, 2018, the acquisition date, with non-maturity deposits declining to $30 million and time deposits to $5 million at September 30, 2018. Relatively strong organic growth in non-maturity deposits during the first half of 2018 was offset in part by runoff in the third quarter, thus year-to-date results reflect net organic growth of only $25 million. Junior subordinated debentures increased slightly from accretion of the discount on trust-preferred securities, and other non-deposit borrowings were increased by $3 million, or 9%, during the first nine months of 2018.

Total capital of $263 million at September 30, 2018 reflects an increase of $7 million, or 3%, relative to year-end 2017 due to capital from stock options exercised and the addition of net income, net of dividends paid and an $8.2 million increase in our accumulated other comprehensive loss. There were no share repurchases executed by the Company during the first nine months of 2018.

Sierra Bancorp is the holding company for Bank of the Sierra (www.bankofthesierra.com), which is in its 41st year of operations and is the largest independent bank headquartered in California’s South San Joaquin Valley. Bank of the Sierra is a community-centric regional bank, which delivers a broad range of retail and commercial banking services through a network of full-service branches located in the counties of Tulare, Kern, Kings, Fresno, Los Angeles, Ventura, San Luis Obispo, and Santa Barbara. The Bank also maintains a cyber branch, and offers specialized credit services through Agricultural, SBA, and Real Estate Industries loan centers. Bank of the Sierra holds a Bauer Financial 5-star rating, an honor only awarded to the strongest financial institutions in the country. 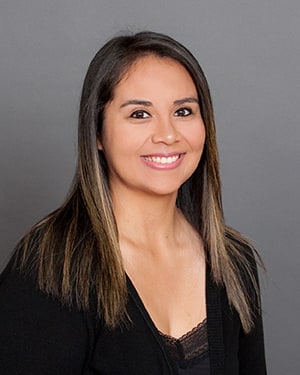