Sierra Bancorp Names Susan M. Abundis and Julie Castle to its Board of Directors

Susan M. Abundis has 40 years of banking experience and is currently on the Board of Trustees at Community Medical Center, California Health Sciences University, and Tesoro Viejo Conservancy. Most recently, she was Chief Operating Officer at California Health Sciences University in Clovis. Her last banking role was as Managing Director–Division Credit Manager at Bank of the West–BNP, where she started as an Area Manager and Senior Vice President. Abundis also held several jobs at Bank of America culminating in her position as Market President, Area Manager and Senior Vice President. Originally from Arroyo Grande, she currently resides in Fresno, earned her bachelor’s degree at Fresno State, and attended Pacific Coast Banking School. Among her many professional awards, Abundis was named Woman of the Year by both Soroptimist of Ventura and Girl Scouts of America–Tres Condados of Ventura County and made the Marjoree Mason Center’s list of Top Ten Women of the Year.

Julie Castle was most recently a Member of the Board for Rabobank, N.A. She was also previously a Board Member for Pacific Coast Banking School (PCBS) and First Interstate Bank. Castle’s financial experience spans over 35 years, and includes managing and leadership positions at Wells Fargo, E.F. Hutton, Bank of America, First Interstate Bancsystem, Zions Bancorporation, and Cannon Financial Institute, where she served as Executive Vice President and Managing Consultant. She earned a bachelor’s degree at the University of California, Davis and a Graduate Degree of Banking at the University of Washington, PCBS. She is also a Certified Financial Planner (CFP).

“We are excited for Susan and Julie, two great leaders and incredibly talented individuals, to join our Board of Directors,” said Kevin McPhaill, President and Chief Executive Officer. “It’s yet another sign of the ongoing growth of our Bank as we strive to provide value for our shareholders and continue to help the communities we serve.”

About Sierra Bancorp
Sierra Bancorp is the holding company for Bank of the Sierra, which since its founding in 1977, has grown to become the largest independent bank headquartered in California’s southern San Joaquin Valley, with over $3 billion in assets. Bank of the Sierra is a community-centric regional bank, which offers a full range of retail and commercial banking services with full-service branches located within the counties of Tulare, Kern, Kings, Fresno, Los Angeles, Ventura, San Luis Obispo and Santa Barbara. The bank also maintains a loan production office and an online branch and provides specialized lending services through an agricultural credit center and an SBA center. Bank of the Sierra is recognized as one of the strongest and top-performing community banks in the country with a 5-star rating from Bauer Financial. 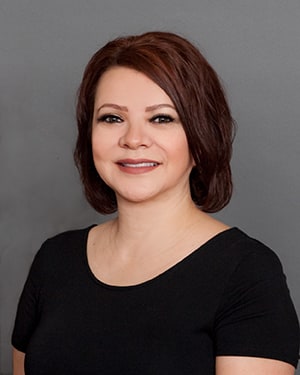